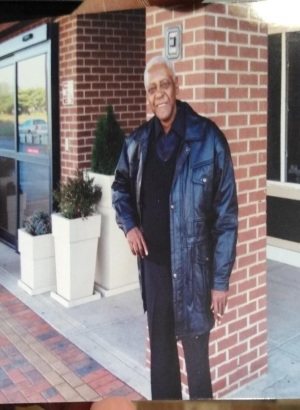 Willie graduated from high school and then enlisted into the United States Army.  After completing 2 years of service in the Army, he would go on to marry the love of his life Patricia Jane Gregory who both were of Christian faith. In their union, they shared two daughters Brenda and Rhonda. They were married for 10 years until her untimely death in 1978.

In 1980 Willie was blessed with his third daughter Rikita who is the youngest of his three daughters.

Willie worked for Ohio Edison Power Company for 30 years where he enjoyed driving a bull dozier tractor and retired at the young age of 50.

Years later, he moved to Atlanta, Georgia to be with his 3 daughters. Willie loved spending time with his grandchildren and great grandchildren.  He was known for being young at heart, being a dancing machine, having an infectious smile along with a great sense of humor. Willie loved bowling and a good game of spades and bid whist. He was a sports fanatic with his favorite team being the Pittsburgh Steelers.

Willie is proceeded in death by his parents Leora Palmer and James Charles Harrison Noble, his wife Patricia Jane Noble, and his brothers Theodore and James Noble.

To send flowers to the family or plant a tree in memory of William H Noble, please visit our floral store.